Illinois Top Times first podcast with 2x Olympian Nick Symmonds.  Coach Greg Huffaker of Illinois Wesleyan University had the privilege of interviewing Nick in the first of many podcasts that Illinois Top Times will bring to you over the next few months. 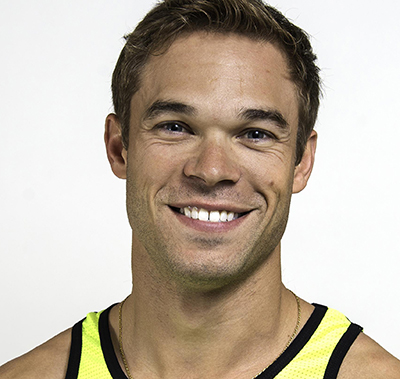 “Make every year better than the one before.” – Nick Symmonds

Based in Seattle, Washington, Nick Symmonds is a professional track athlete and two time Olympian (Beijing and London). A graduate of Willamette University, he competes internationally and specializes in the 800m for the US and the Brooks Beasts under the guidance of distance coach, Danny Mackey.  Nick also strives to assist struggling athletes obtain sponsorship. Disappointed in the sponsorship logo and branding restrictions placed on track athletes, he understands firsthand how difficult it is for these athletes to receive individual sponsorships that help them pay for the necessary training and travel to follow their dreams. He’s determined to change the sport’s governing bodies’ marketing restrictions which only allow minimal advertising dollars to reach track athletes. When Nick’s not out challenging and altering track’s fiscal landscape, his coach, Danny Mackey, is whipping Nick into shape. They train hard; they train long; they train all over the world. The result: America’s best chance at an 800-meter Olympic medal since Johnny Gray’s bronze in ’92. While most of his races are individual events, Nick views his success as a team effort. His friends, family and teammates propel him as much as his shoes. Favorite shoes are now: Brooks Ravennas and ELMN8 spikes  (Bio borrowed from www.nicksymmonds.com)

In this podcast, you will hear about ·
Nick's thoughts on a high school athlete going into collegiate sports ·
Nick's experience in running at a DIII School ·
Nick discusses his priorities
The most beneficial workouts for an 800 runner ·
Life lessons Nick has learned running in college and the Olympics ·
How Nick founded Run Gum and the benefits of the product to athletes

Thank you Nick for an amazing interview!!  The Illinois Top Times team...